The conference will take a place as online event

Following the success of the previous conferences, we are excited to announce that The 16th International Conference on Engineering and Computer Graphics (BALTGRAF 2021) will be held in Vilnius, Lithuania during August 26-27, 2021. The conference will take a place as online event.

In 1991, after the restoration of independence in the Baltic States did the researchers of the departments of graphic sciences of the three capital technical universities begin to form the association Baltgraf.

It was back in 1991 on November 5th at the Vilnius Technical University when following the initiative of department of Engineering graphics, the representatives of seven Departments of Engineering Graphics from six universities of the Baltic States came together. Assuming the lately changed political situation in Eastern Europe in general and in the Baltic region at this meeting an International Baltic Association BALTGRAF was founded. The Declaration of the Association was accepted, and Council elected, the main goal determined, and the tasks set. The principal purpose of the BALTGRAF was publications, to organize scientific conferences, coordinate the efforts, and exchange ideas in the field of engineering background education dealing with a wide range of Engineering Graphics matters. Special attention was paid to the emerging computer graphics technologies, how to integrate them both into the syllabus and into engineering curricula in general.

The conference is occurring every two years at the technical universities of three Baltic countries according to the rotating schedule. The conference language is English.

This conference will organize Department of Engineering graphics of Faculty of Fundamental sciences, VilniusTECH.

Participants are expected to present their latest and unpublished research findings. The program committee encourages the submission of articles that communicate applied and empirical findings of interest to higher education professionals.

The organizing committee looks forward to welcoming you all to a fruitful conference with open discussions and important networking to promote high quality education. 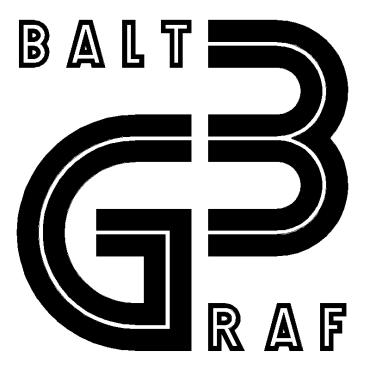